For those of you who arnt old enough to remember , todays title was a line from Monty Pythons Flying Circus . Its seemed quiet apt as todays appointments were all lining up at dealers known  for the unusual , weird and even bizarre varieties . First port of call was at Kase , famous for his metalics and doitsu , and now for his Sekiguchi /Dainichi bloodline showa . Here I was looking for doistu metallic ochibas , they are a kind of silver blue and brown with a metallic lustre . On arrival Kase was still finishing off a harvest , so we watched the sansai and yonsai showa coming of the truck . This must have been a very good mudpond , for most were taken off on a different truck somewhere else , tategoi the breeder said as they were moved , not to be seen for the rest of this year ! So into the nisai house , and I soon started catching up doitsu and scaled metallic ochiba , yamotonishiki , doitsu shiro , doistu tancho showa , showa and one beni kikikoryu . Photos and videos were then done and off to the next metaics breeder Ikarashi Ozumi.

Doitsu and metalics , nisai around 30-35cm 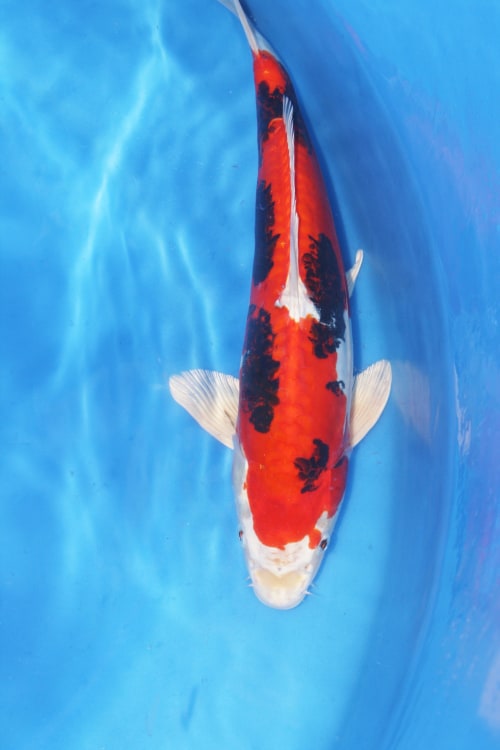 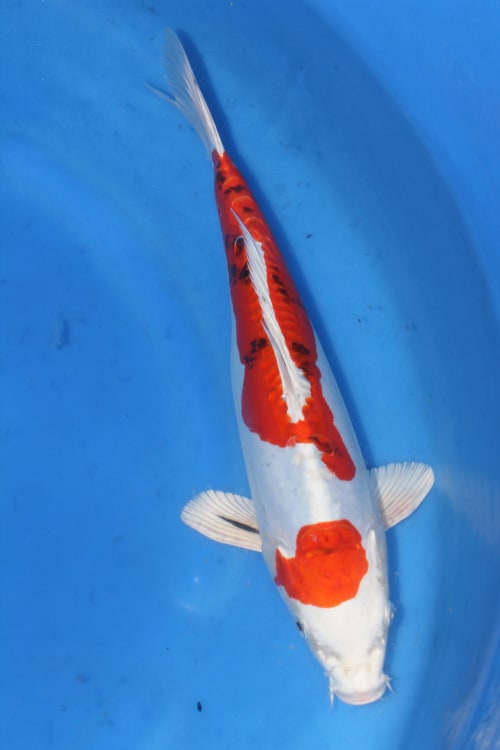 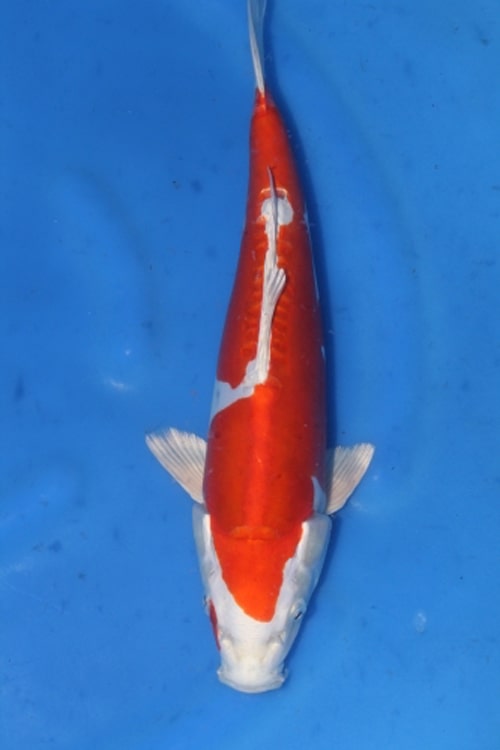 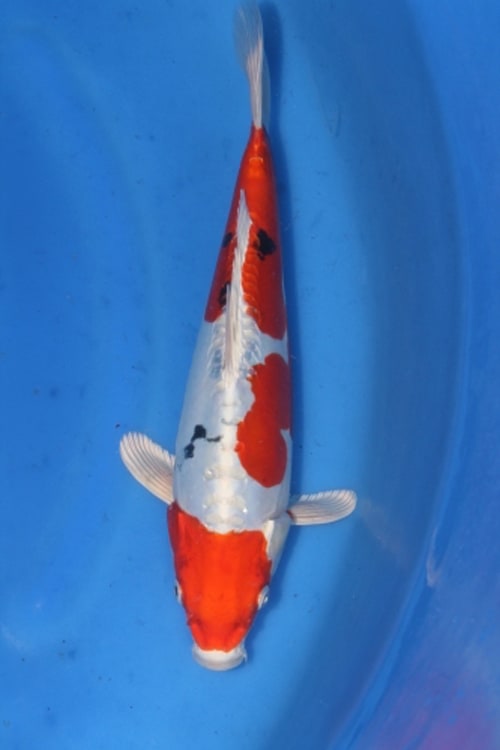 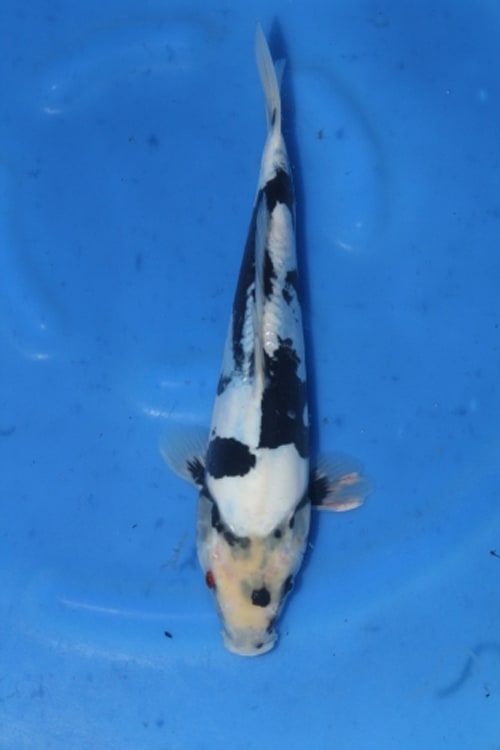 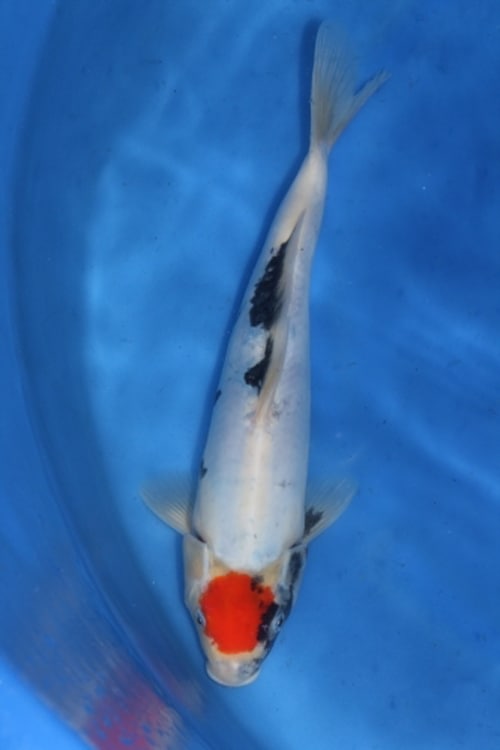 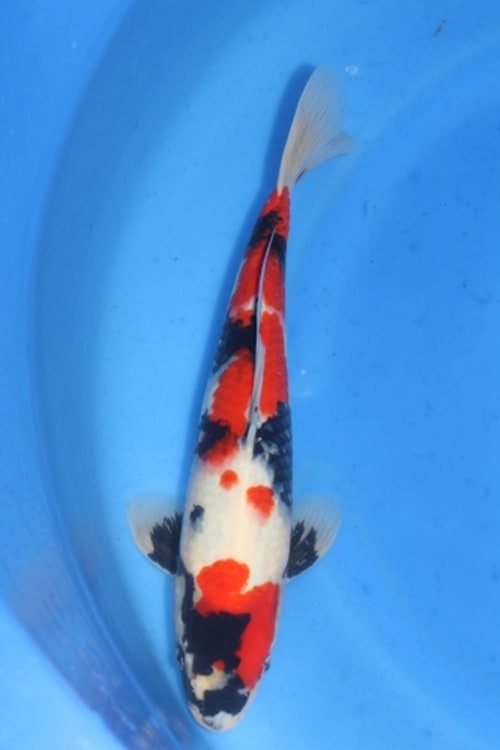 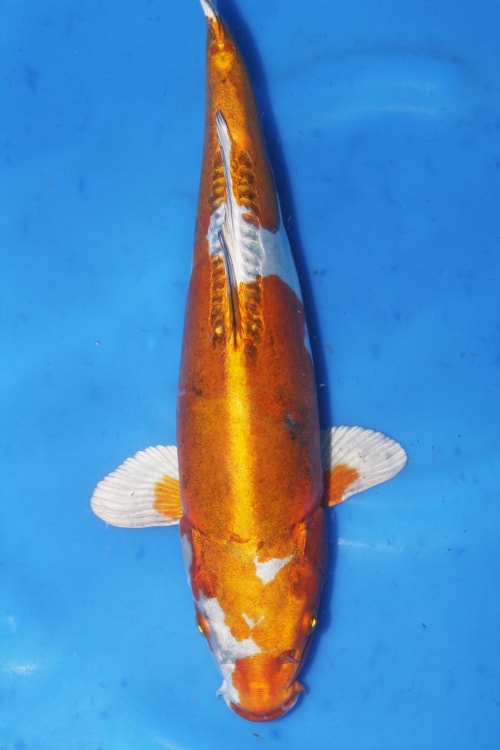 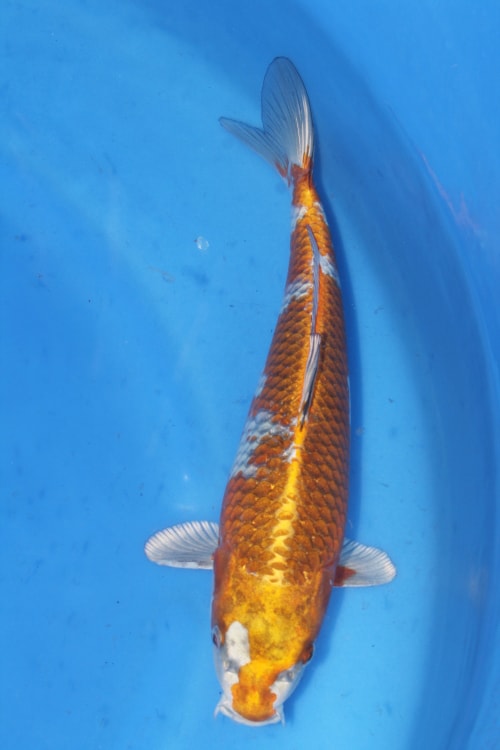 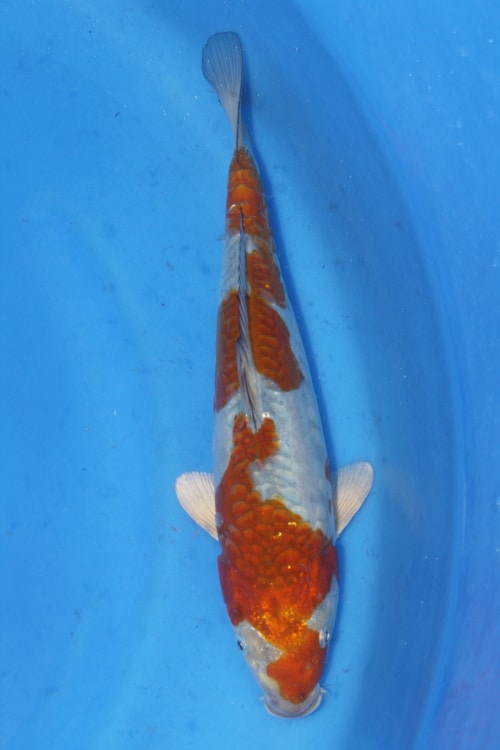 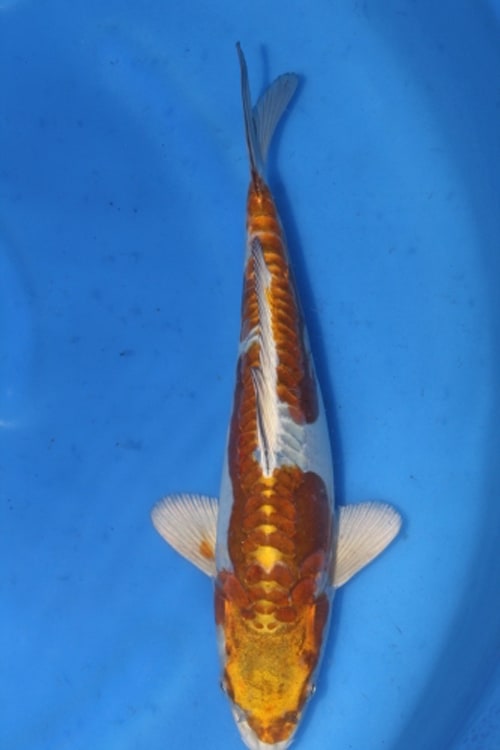 Ikarashi Ozumi koi farm  is the origin of some of the fish we were buying today , namely the kikikoryu varieties . This farm does many many varieties , ochiba , kujaku , yamabuki , goshiki kikikoryu just to name a few . There was a pond of small nisai around 20-25cm , and some nice kujaku , but after a while I stopped as they wernt really the quality I was looking for . Then in another pond , I found what I was looking for , kikikoryu and all its coloured associates . Managed to get eight nice examples . And also  bowled some sansai yamabuki ,but again the quality wasn't what I was looking for .  After that we called Yamazaki but he was busy for another hour , so we off for a coffee and egg sandwhich to wait a while . 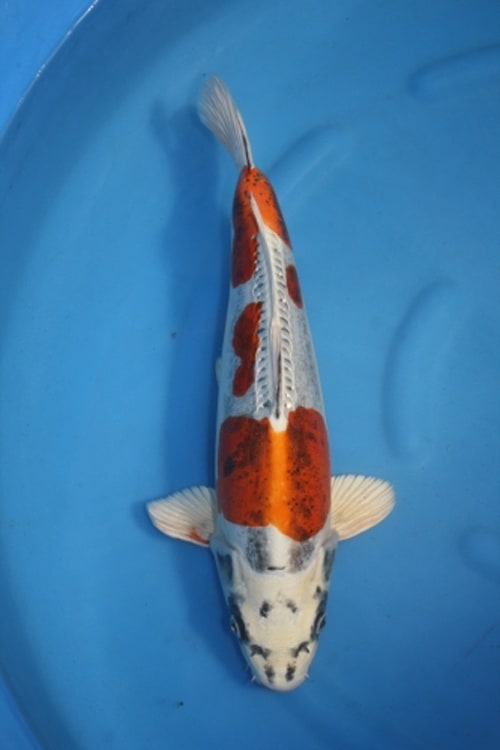 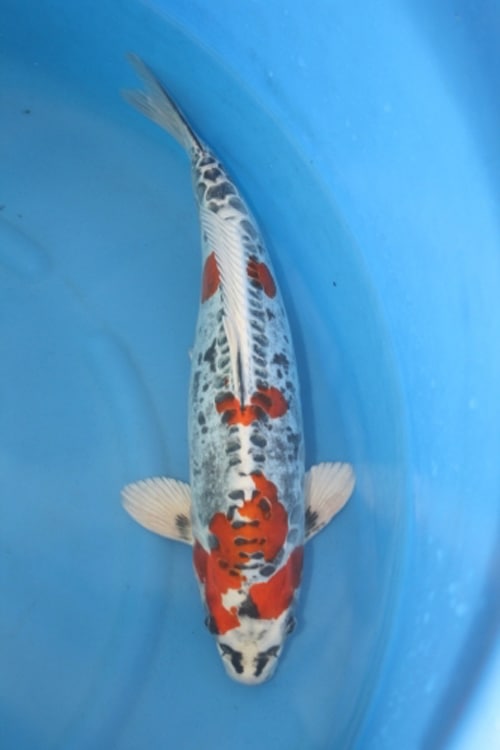 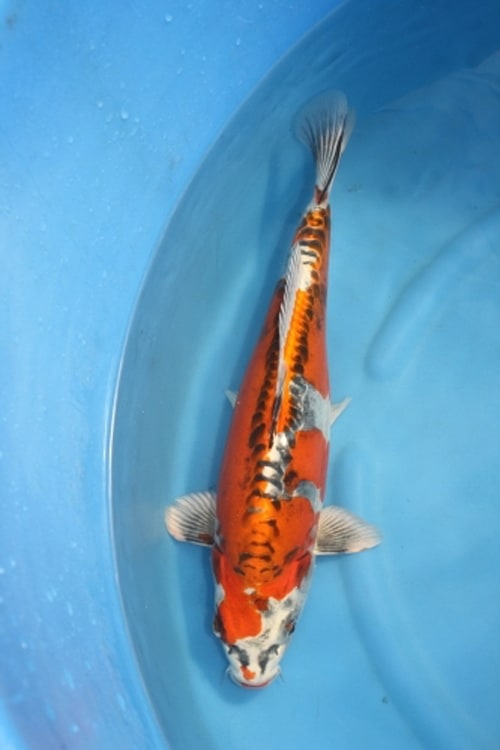 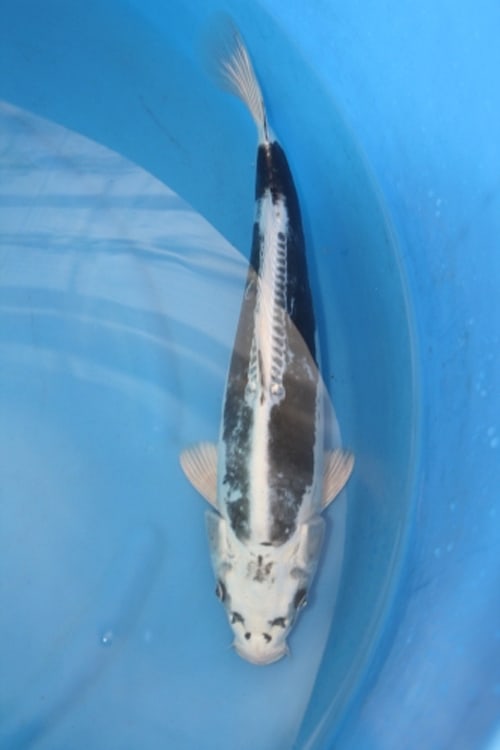 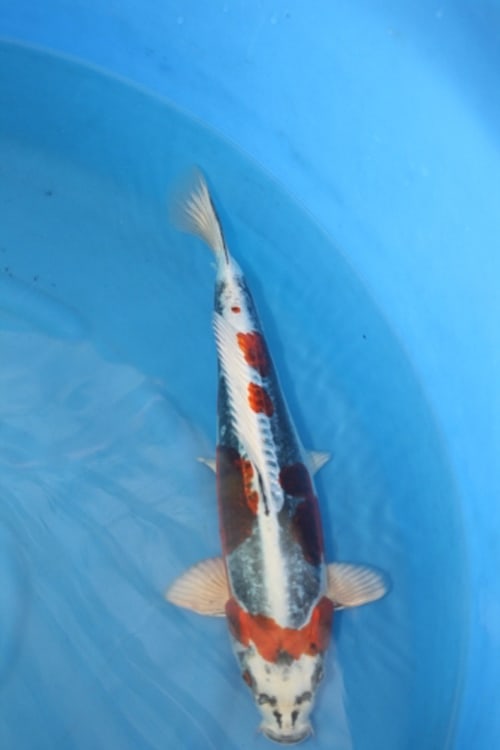 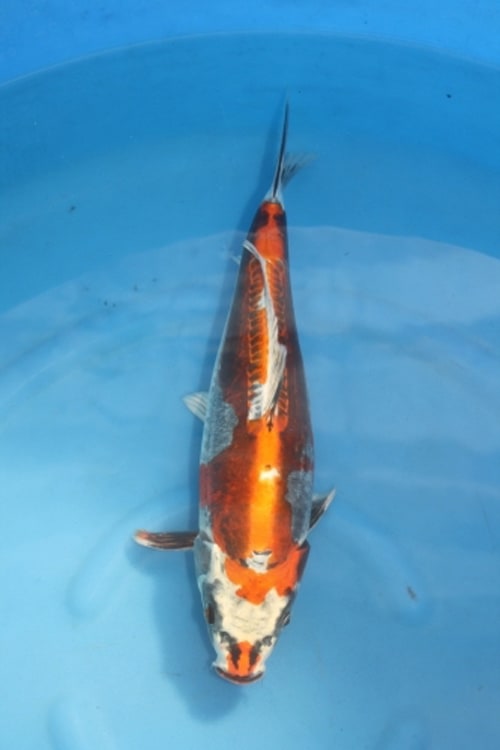 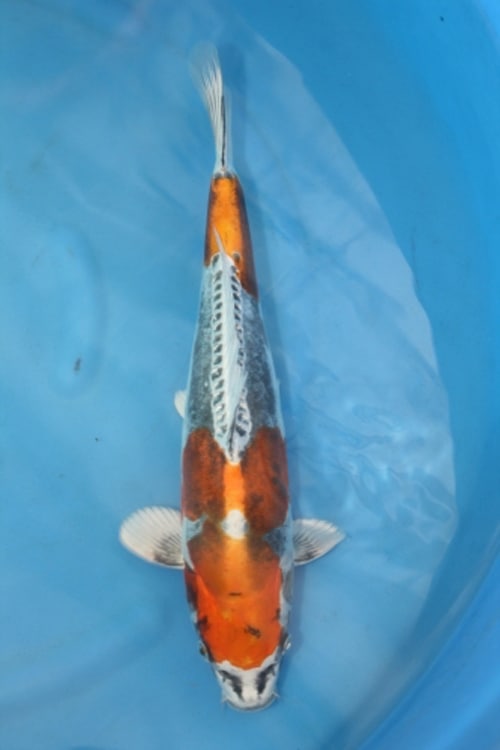 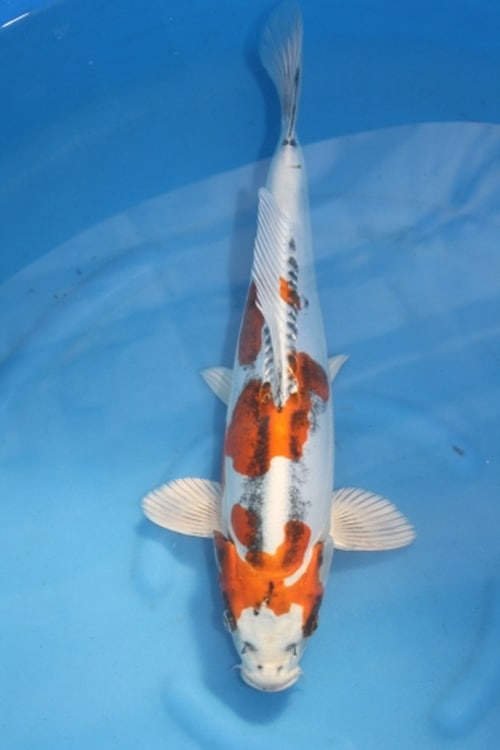 After lunch we headed over to Yamazaki , he was already waiting for us when we arrived . He showed us some nice sansai and yonsai , but the price didn't work for us , so we then went into the nisai house , where we started bowling some very nice varieties , soon I had gin rin platinum ogons , doitsu platinum ogons , gin matsuba , doitsu showa , aka matsuba and a pretty little showa . Once again there were some nice Yamabuki ogon , but felt that once again the quality wasn't quite high enough . 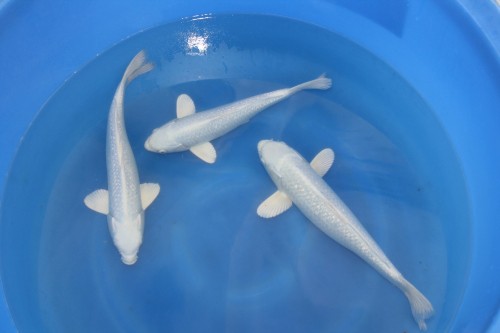 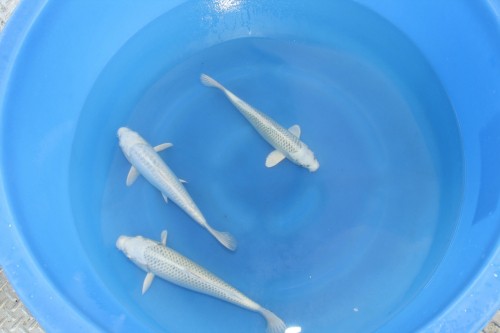 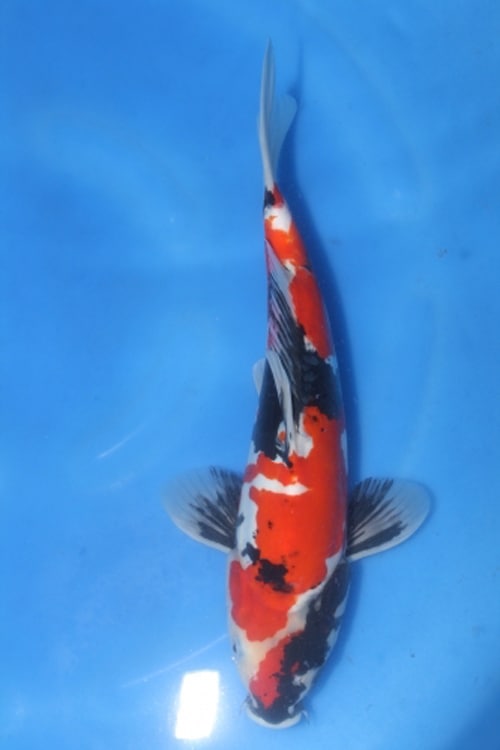 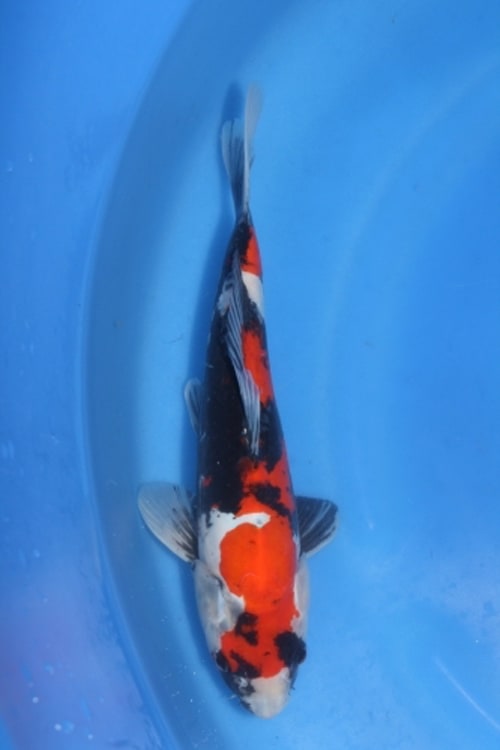 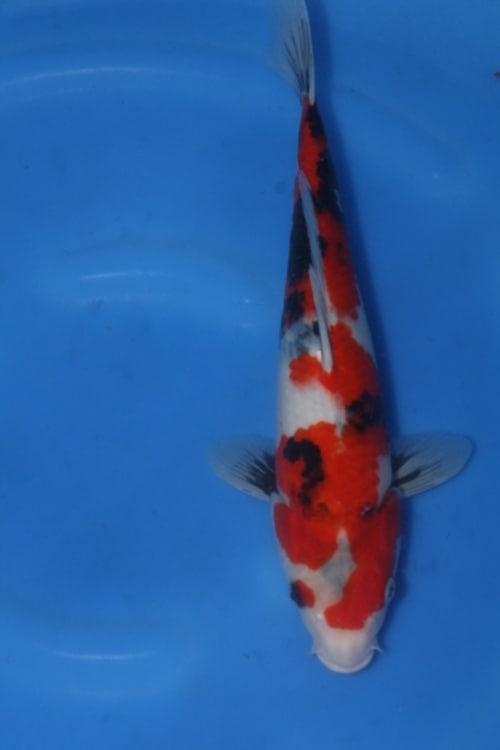 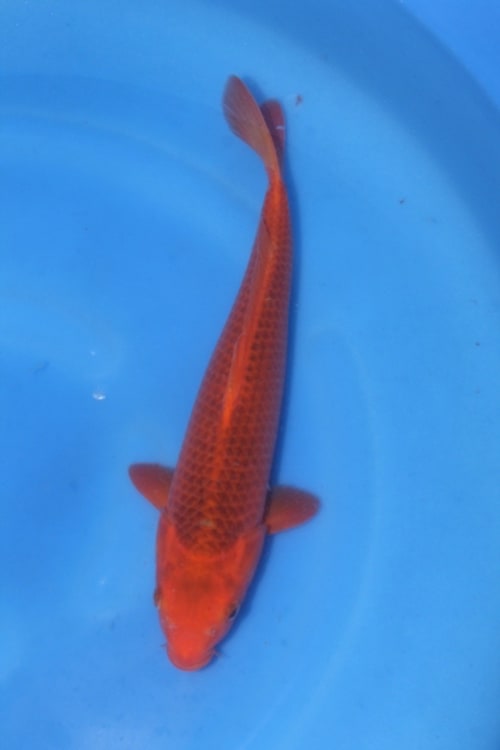 After Yamazaki we headed off to Maruhiro , only to find a rather large party of Germans were very busy laying waste to Maruhiros stocks of nisai . Nice guys and ive know them a long time , and they looked like they has done well , we hung around for a while but these guys were really going for it , bowls around every where . We decided to move on to the fathers place Hirasawa . After having a good look round  , I decided on a nisai pond with what looked like nice kohaku and sanke in , after searching through the heavy stocked pond , I finally found some kohaku , sanke , showa , kujaku and a stunning doitsu kogani ochiba . When I got the prices , I thought it was a little too much , when I worked it back to pounds and pence it really wasn't good news at all . Had a bit of a reality attack , until now I hadn't really given the yen rate much thought , knew it was going to make a difference , but was shocked when I worked out the price landed , on top of that ive heard that at least one UK dealer has pulled out of this harvest trip due to the situation  . Im starting to seriously consider if this trip could be the hardest yet due to the yen rate .But as they say   " IT IS WHAT IT IS " , we cant blame any one or ask anyone to help , so its down to working a little harder with fewer breeders to see what we can do with the prices . Im usually a glass kind of full type guy , but I can tell you the journey back to the hotel I was turning half empty ! Tomorrows another day , another breeder and we start off with another one of my favourite breeders , so  im sure we can end up with the right fish at the right price , glass half full once again !!!!