It was nice to awake before the alarm clock , with the  Sun beaming through the window .,  a welcome change from rain , wind and typhoons !  Today we were going to Matsue koi farm . Famous for his Kohaku derived from Sensuke bloodline , many years back . The farm also does a few sanke and showa , also some odds and ends as a hobby ( as i was to find out later ) . i was told we would be there for the whole day , a little surprising , as im used to going to several farms a day . I was shown into the fish house and stated looking around , so much red and white . they started to blend into one another , and i really diddnt know where to start ! To be honest i think the breeder sensed this , and took me to a few other house , to see tosai , small nisai and some larger koi as well .  The farm was very impressive , and also one of the noticable differences , is the amount of staff they have working , and helping customers . Some koi were bowled by some of our group , so i decided to have a look round , i found a stool , and sat down at three differant ponds , and took some time out , to study , what was available .

After a while , may be even a few hours , i went to bowl some of the koi i was looking at , i was asked to wait for a second , while someone took some pics of their purchases . I went and looked , and was impressed , all the staff gathered round , two helped with the pics , one moved the fish from camera bowl , to vidoe bowl , and then someone else measured the koi . It was sheer luxury , and i could get used to this !!!  My turn came round , and i had around ten koi in the vat , ready for pricing , two were put back for various reasons , and then long discussion took place . Each koi was priced , and then he asked if i was interested in them all , it wasnt really my intention to buy so many , but i caught up in the moment , and to be honest , the price was fair . All female and nisai , 3 steps ,  4 step s , nice patterns and a tancho , of all qualities . Sizes were 53cm -62cm , very happy with the mornings work . 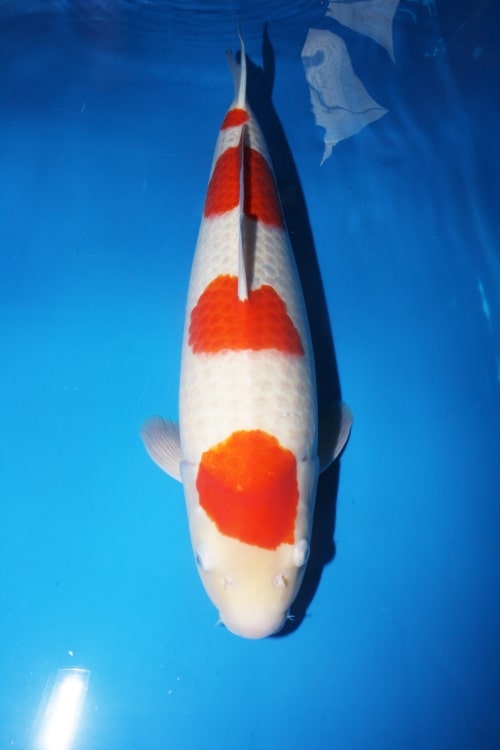 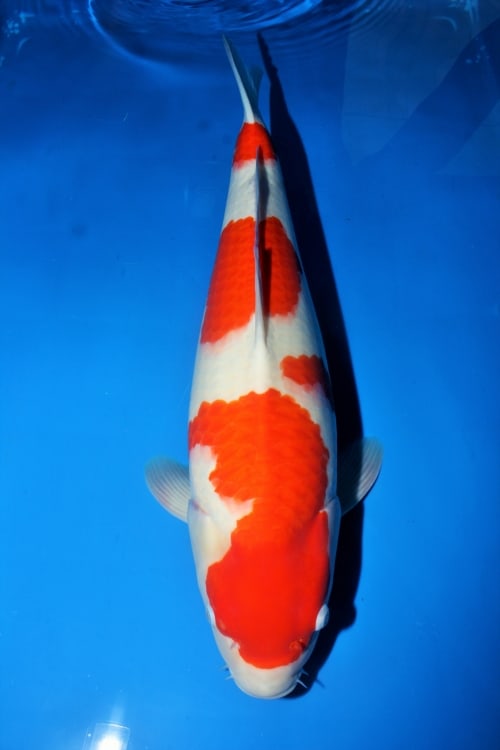 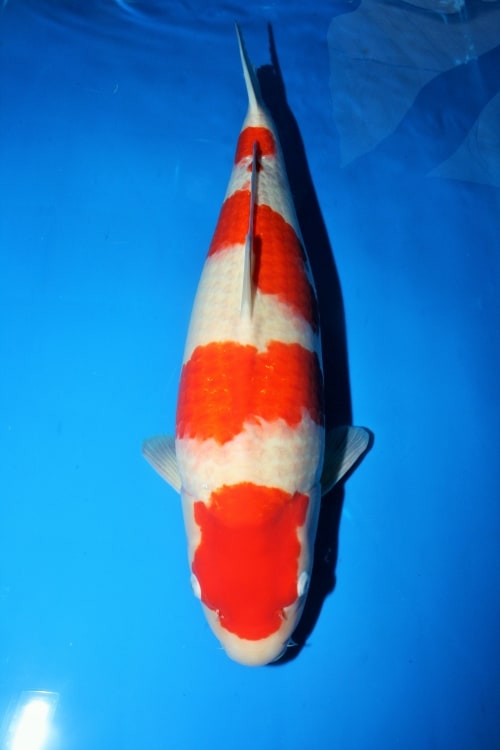 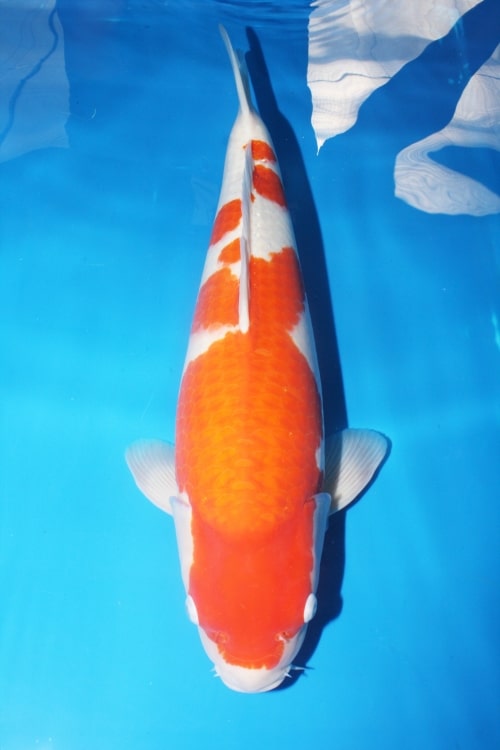 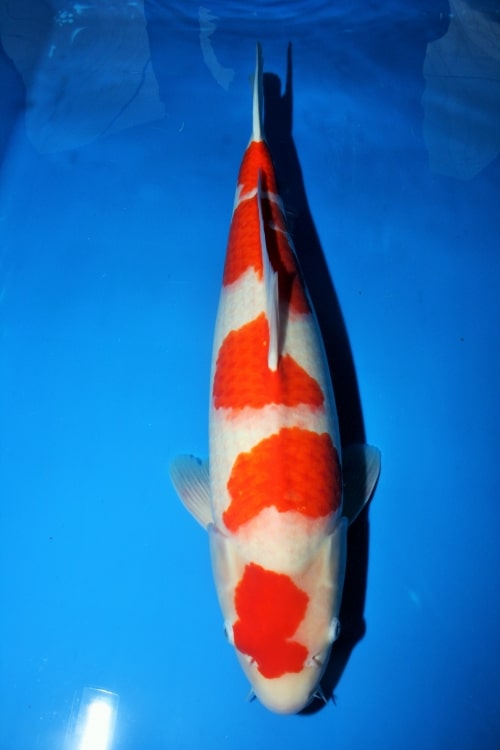 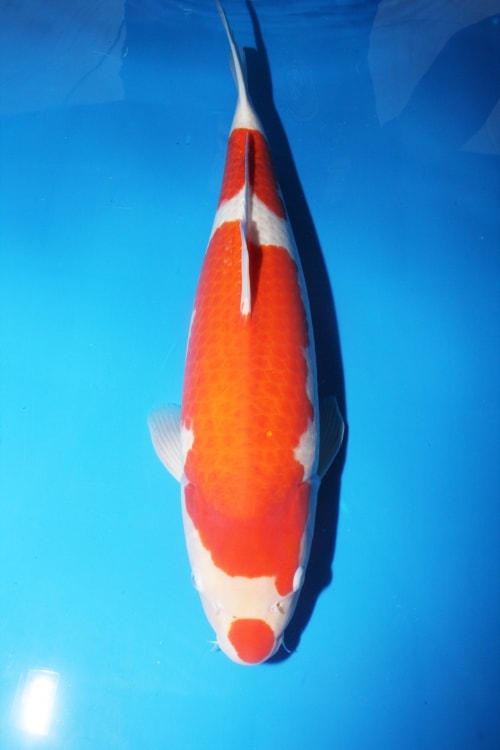 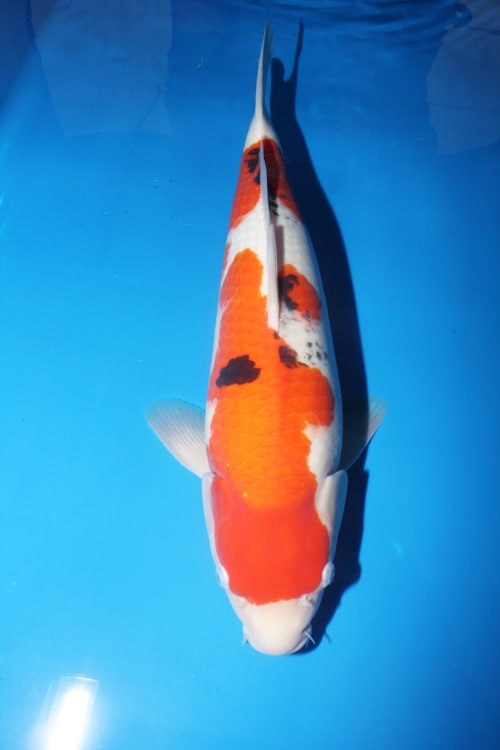 By the time i had finished videos and pics , it was getting late in the afternoon , so i retired to the office , to make use of their excellent wifi . Within 30 mins i had all my videos and pics down loaded and ready for the blog etc etc . I was just about to start the blog , so i could catch up with work later , and join the breeder for dinner , when the youngest son came in , and said Gary San , ready for new koi ? I tried to explain i was finished for a while , but he was quite insistent , and my Japanese wasnt good enough to argue . So i packed up and went round to the main fish house , in a vat was all the larger koi i had expressed an interest in . I looked them over , and was quite impressed , some bigger koi were returned , not due to the price or the koi , they were just too big to ship and sell at a resonable  price . The others i was very happy with , a 73cm kumonryu , a showa of 68cm that was very hugh quality indeed , 78cm kohaku that wasnt high quality but very big for a fair price and only gosai so still growing , 69cm kohaku again quite nice quality , 55cm doitsu kohaku , a nice sansai showa 60cm and a sanke 69cm that was nice for the money . After the two koi were returned , a price was agreed to purchase all the koi . Very happy with the decision to buy them all , all in all a very good day , then  drive back to the hotel to get ready for the nights entertainment . One thing i would say on the subject of driving  , and dealing in the soiuth , ive seem already the amount of driving and work involved down here  , and i certainly wouldnt entertain doing this on my own , glad our guy knows his stuff , good job !!!!!!!!! 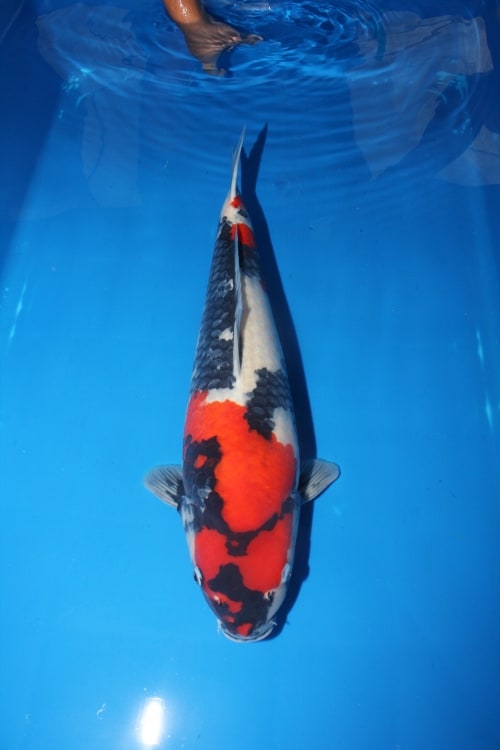 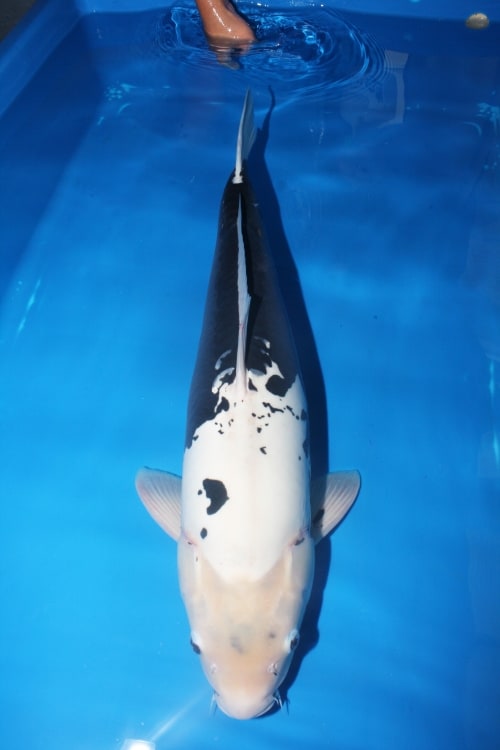 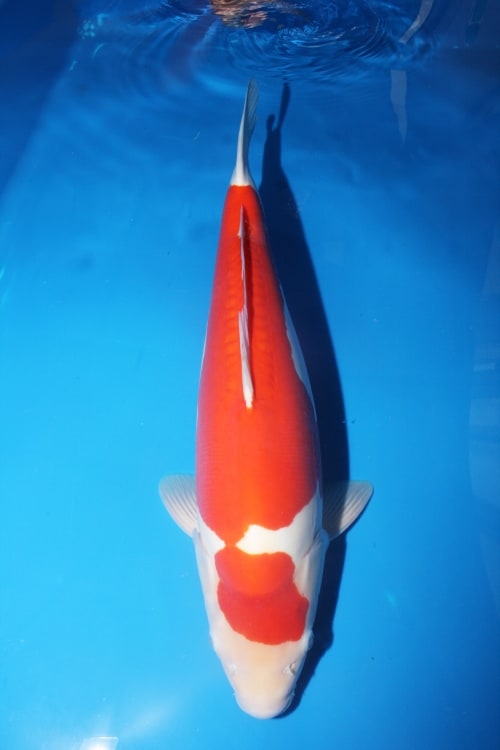 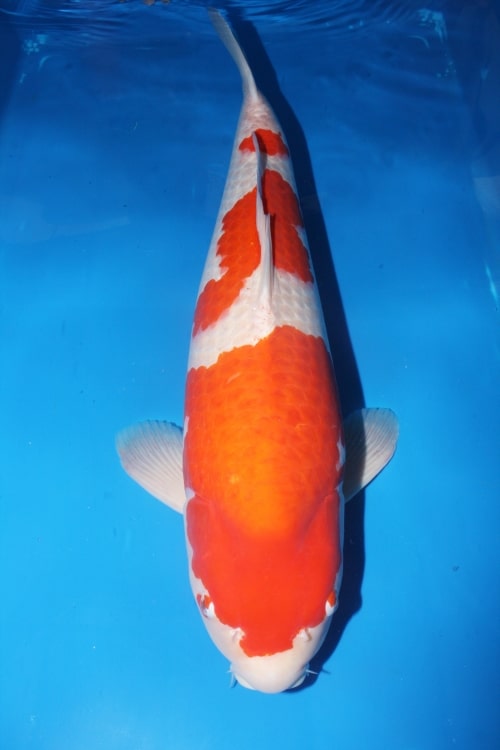 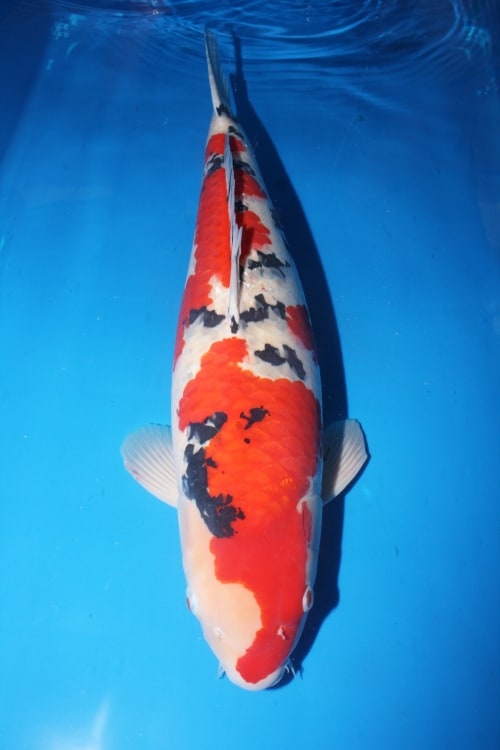 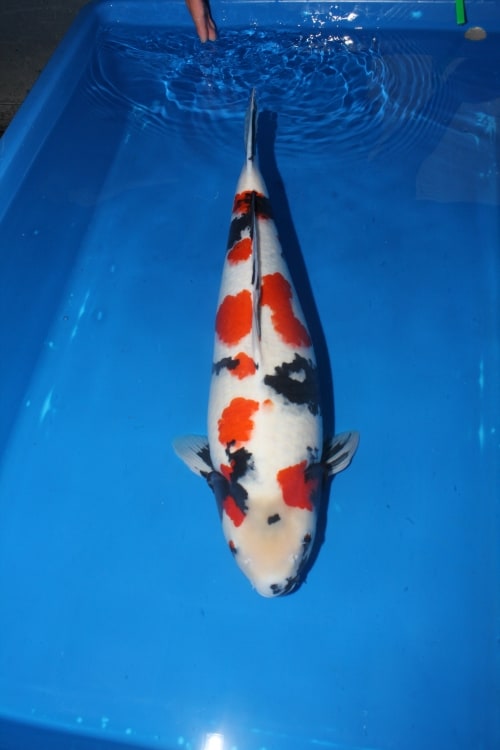 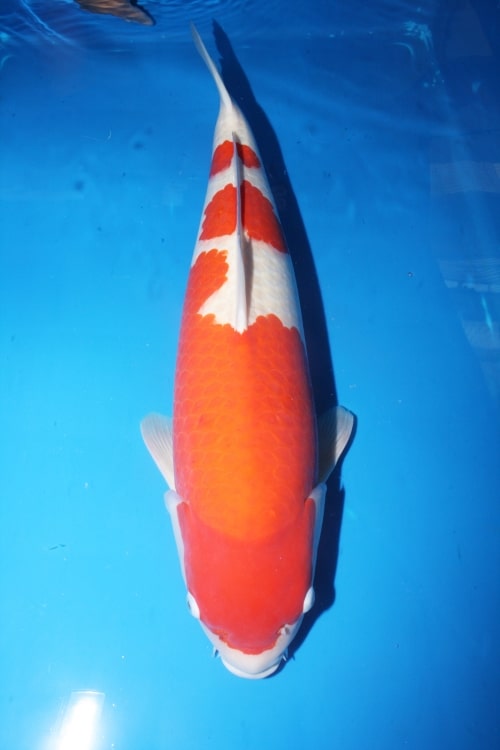 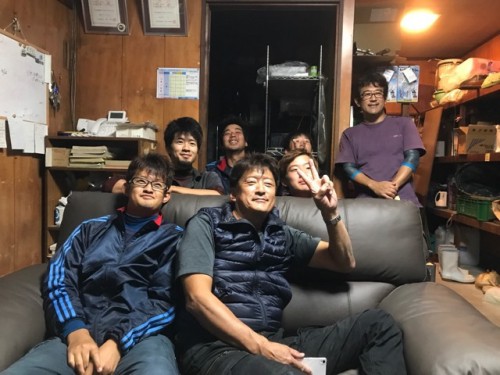