After a livley night out with Matsue , I awoke with what I thought was a hangover . I really diddnt feel the love for today at all , I thought I must have really  really over done  the saki , the night before ! Thankfully we had a two hour drive to Takigawa , so plenty of water , coffee and some food and I should be fine . The plan diddnt work , by the time we got there I was feeling worse , limited sympathy from the present company , but was given pain killers which eased the achiness I was feeling . It was obvious it wasn’t drink related at all , and by now I was shivering and feeling really bad . It was a struggle to concentrate as we were shown round all the ponds , there were some really nice sansai in one pond , and then showed us some very nice quality aigoromo in one of the ponds that I thought was sold the visit before . I bowled them straight away , the skin was excellent , and easy good enough for koi shows , I thought they were nisai around 40cm , but was surprised when told they were sansai . He explained they diddnt go to the mudpond , left in the concrete pond for conditioning , I wasn’t going to argue , very nice koi ! He then told me don’t worry about shipping , they can go in with the small nisai you bought a few days ago , we will pack in a bigger box . So it was win win win ! Then I realised I hadn’t asked the price , but that wasn’t too bad either so although feeling ill , it was a good start to the day . 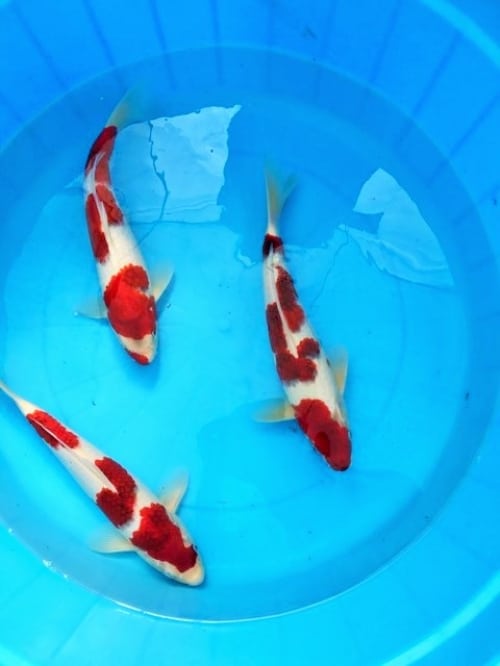 I then moved onto a sansai pond , I had a lot of customers asking about tancho , but they were not what I wanted to pay , so I then saw a superb bekko . Now this is not a variety that doesn’t interest me a lot , but this one was superb , great skin and sumi , and excellent sumi pattern , and the price was more than the Tanchos , I must have looked a little perplexed , so  he explained it was a variety that he liked , and this was his best , and the fact that I liked it should have made me realise! I started looking again to buy a serious koi from this very likeable man . I saw a sanke that must be about a 7 step beni pattern , sumi out along all the fish , and I though it looked nice. As she was brought up to the net , I saw how good the body was , and I was really on this koi .She went in the bowl , and I knew I was buying her ! Deal done , hands shook and I had a nice sansai sanke , 66cm coming back to the UK ! We had lunch with the breeders son , and then made our way to Omosako . Its nice to see the next generation that will come into the business , as ive already seen one breeder retire , and had no one to carry on the farm . Hopefuly , no more will go the same way . 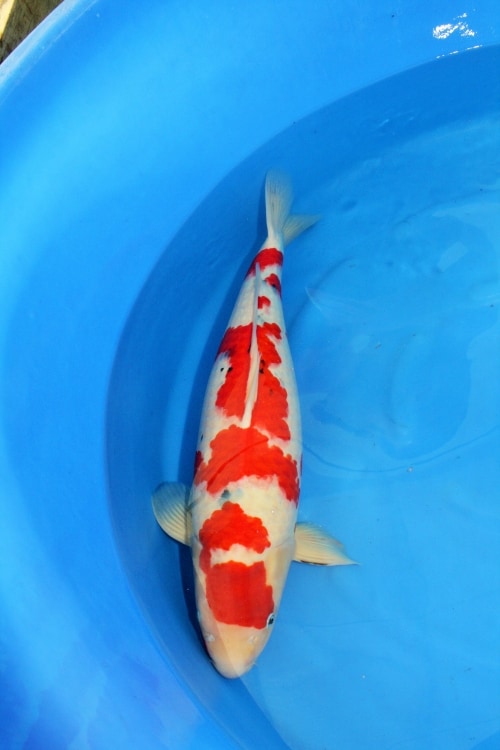 Well theres no grey areas here , its seriously black and white ! The best farm in the world bar none , for shiro utsuri ………………Omosako! I had never been before , and was seriously looking forward to this . I wasnt to be disappointed , the best collection of shiros , I had ever seen . The quality was breath taking , better than I could have ever expected . I stared to ask about prices , and they wernt  cheap , not even close , but to be fair , if you want the best , you have to pay for it !!!  I bowled up some females , and had a round 6 in a bowl , as I thought that might help the price , no chance , so picked what I thought were the best three for me , and was pleased when Omosako said he liked two of them . Not often I feel out of my zone , but this was a very serious farm , I really wanted to buy a lot here , but it wasn’t on the cards ! We asked if there was anything else to look at , he asked if l like chisai nisai , of course I do ! Some may laugh , but it’s a way of getting people koi , that they might not be able to buy from that breeder . So I was shown to three ponds and given the price ,for 20-25cm koi , I thought they were very expensive and  I didn’t see a lot of shiros , but there was a lot of hajiros , so I thought , may be we could grow them on for fun . So I started catching them up , and soon exhausted the supply of shiros and gin rin shiros , got a couple of showa and gin rin showa , then caught up a couple hajiros , I was taken aback , they were simply stunning , great little black and white numbers , with superb skin quality . I was now very happy , and could see why they were priced as they were . I soon caught up enough to make a couple of boxes , and then found a 45cm male gin rin showa . I added that to the collection of nisai , and it was time to call it a day ! I got back to the hotel freezing cold , head and body still aching , so decided not to go out for dinner , but to  try and get some rest instead . Tomorrow Taniguchi ……………… 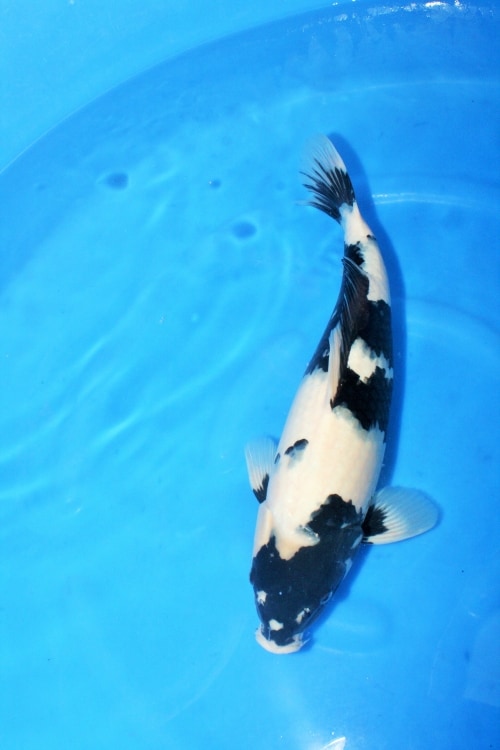 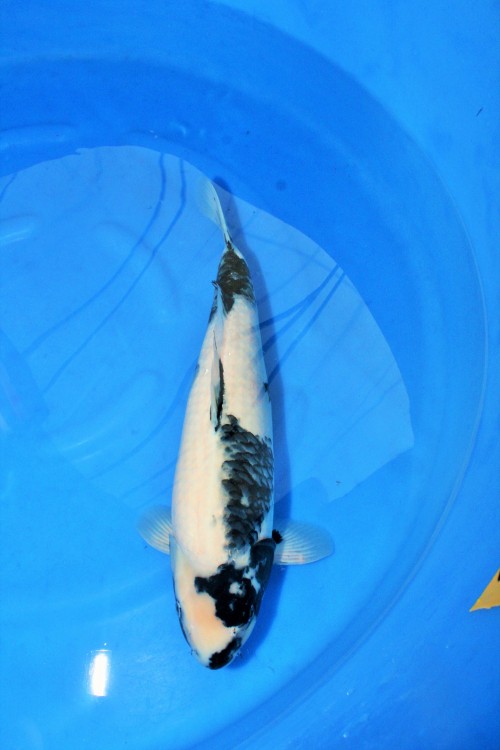 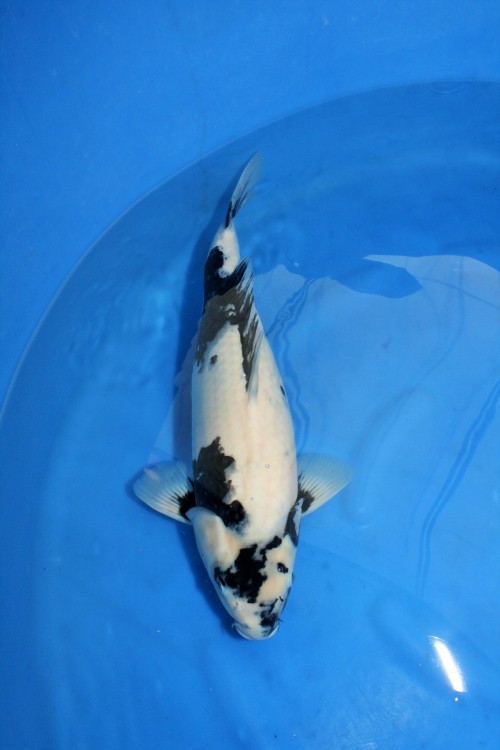 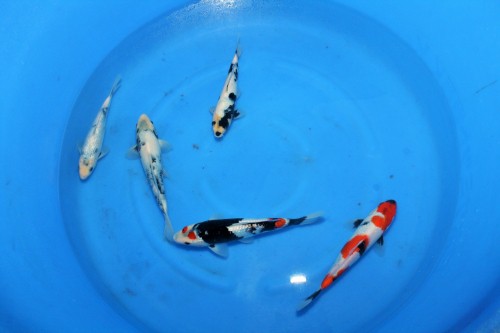 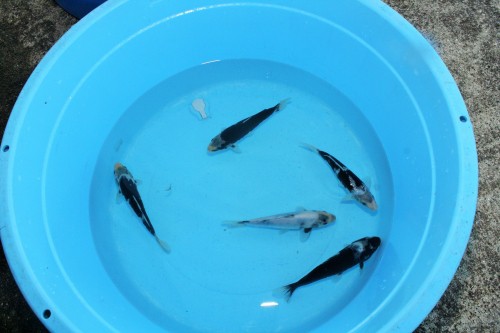 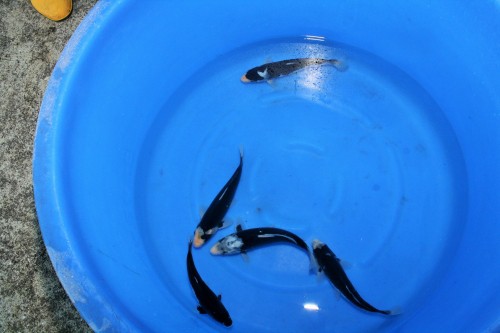 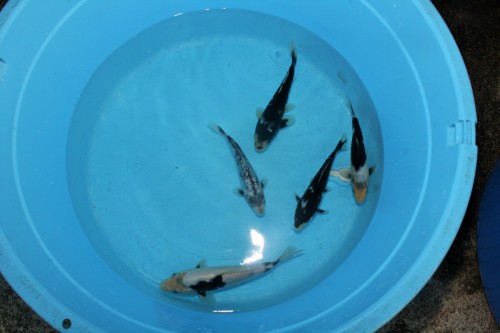 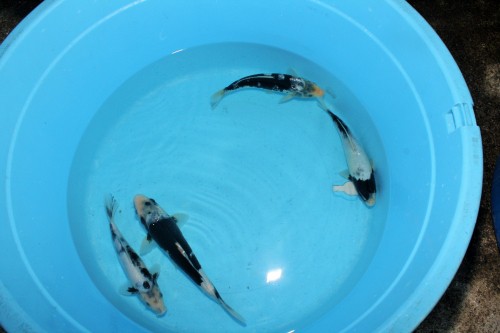 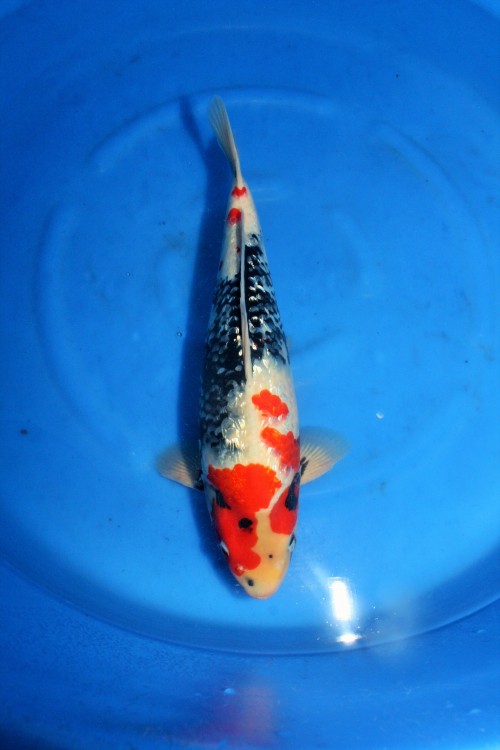 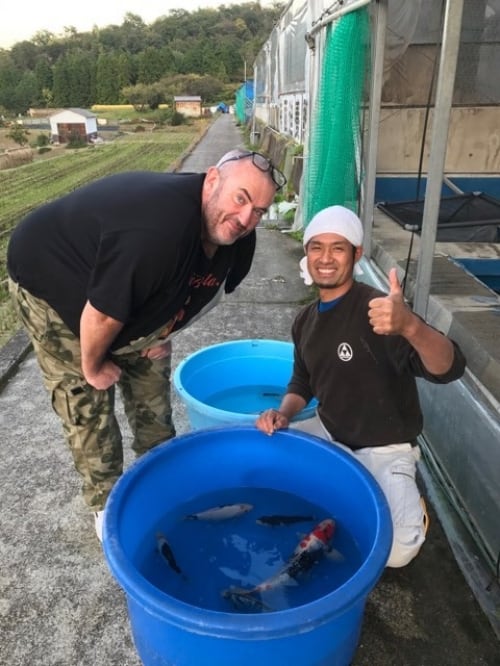