I dont think there has been a time , where my interest in non go sanke has been so high . Metalics , goshiki , asagi , shusui, doitsu and gin rin etc etc etc , they all seem to be getting bred by more and more breeders . Todayi was shocked buy how many i bought , and speaking of shocks , this might get you all talking !

I had a meeting with Chris from Kitsu koi on Monday lunchtime , with a view to joining forces , and try to work together to see what can be done . So the last couple of days , we have been driving together , and so far , i have to say , its working very well , and buying together ,we have managed to get some good deals ! So , back to the koi ! Last night we all bowled up some nice sansai metalics , and one very nice sanke , bred from Jimbei bloodline . As the light was fading last night , we needed to see the in natural day light to make sure they were all ok . I passed on the sanke , as we have some left from last year . So i purchased a huge bodied beni kikokoryu , very nice ki kikokokryu  and superb kin ki utsuri . All sansai , and around 55-57cm . As there was a little room in the box , i managed to add a doitsu benigoi , beni kikokoryu and kin ki utsuri , all nisai and around 35xm .

We wanted to visit Otsuka , but as we approached , the breeder from Oya koi farm came out , and said hello , so rude not to go in and say hello . He showed us his nisai asagi ,two ponds ,one male and one female .His males were very hard to tell apart as they all had good bodies . In the male pond , he had some nice sanke , but i thought the price was a little high , Chris diddnt , and soon had a few very nice males in a bowl .Breeders like Oya , have a fantastic reputation , not only is he famous for his asagi , his sanke are also highy valued . Chris ended up selecting 4 from around half a dozen , and i was very wrong , they were exceptional , and looked stunning in the bowl . So if you want a male Oya sanke , drop Chris a message .

We had to leave sharpish , as we had an appointment with Otsuka . When we arrived , we started bowling all sorts of koi , and i had a few great koi in a bowl , an exceptional doitsu tancho , female and superb , but had a little twist in the tail , and  clipped peck . The agent commented to me ,if it diddnt have them , the koi would be double , i said if it diddnt have them , id be happy to pay double lol ! Seriously , apart from the two defects , she was the best i have ever seen , so with that in mind , we returned it to the pond . I then bowled a seriously large ki utsuri , best i have seen for a long time , and im giving it some serious thought , as it wasnt cheap !

Time for lunch , the usual run for 7-11 , salads and egg sandwiched , and of course a coffee lol . Then it was off to Sakazume , i havnt bought at this farm for a while , no particular reason , just the way it goes at times . That all changed to day , as the title of the blog implys , i really have bough all sorts today ! First pond i managed to get some reasonable yamibuki ogons .

I then moved on to some other varieties , and soon had aigoromo , doitsu hariwake , asagi , kin matsuba and a doitsu ohciba ( i know , rare normally but i have found a few this week !

Then another pond yielded more unusual and adds and ends . White shusui , another asagi , two gin rin matsubawabake , kin matsuba . Not a bad haul at all !

Last call of the day , was at Shinoda koi farm . When we got there , some Americans were already knee deep in bowls , fish and nets, and no breeder  . I was hoping i could still get some nice varieties . Famous for his doitsu , gin rin , and hi utsuri , and of late kujaku. The guys soon finished up , and i was a little disapointed , then the breeder appeared from now where , in a scene like Mr Ben , i explained stocks where low , he said wait , and him and his brother started bringing in doitsu and gin rin go sanke , and loads and loads of hi utsuri . I got some bowls out , and ended up with a whole bowl of doitsu showa , another with two  doitsu showa, one doitsu sanke  and two gi rin showa . Then followed up with 4 hi utsuri , that were simply stunning . Very pleased with the quality , and glad i diddnt just leave , we got the first crack at the new koi , as they say , patience is a virtue , certinly paid off , as an hour before , i was gagging to move off to another breeder , glad we diddnt !!!!! So as yiu can see , today was all bout the wierd and wonder full . 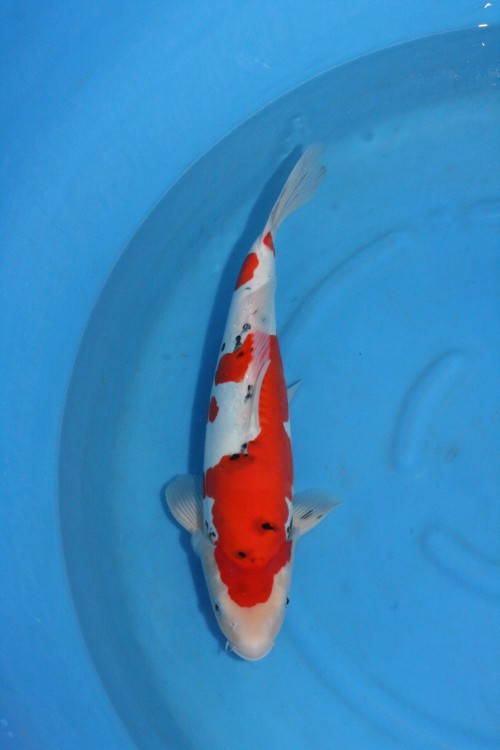 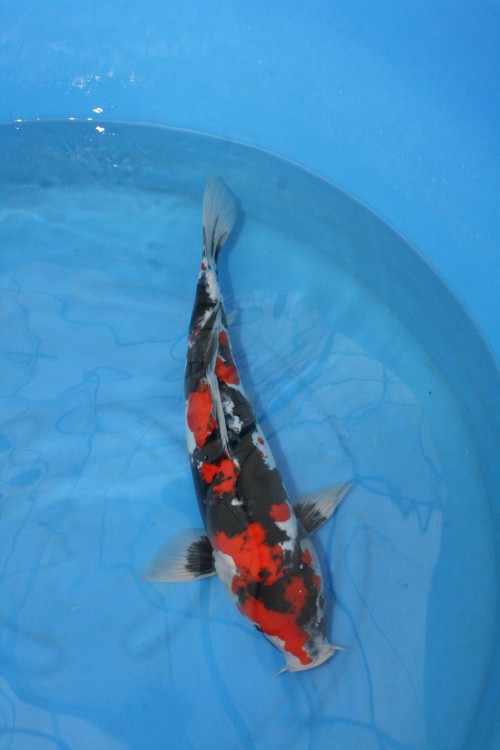 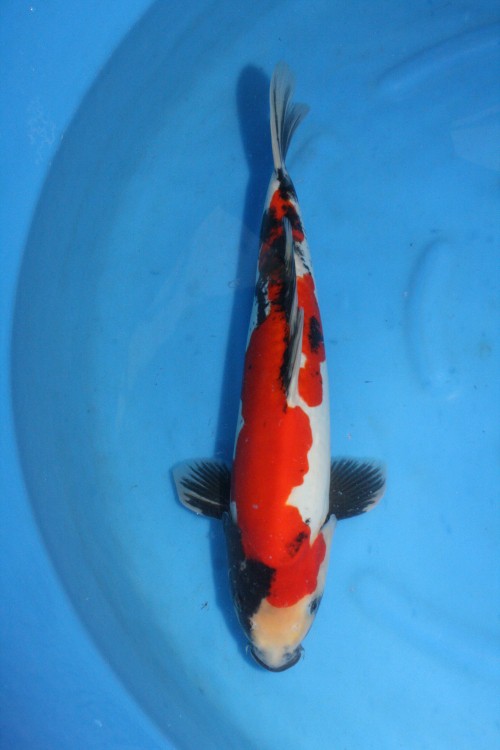 Looks like i have lost two videos , so thats it for to day , hope you enjoyed it !