For the first time that I can remember , I could be possibly be accused of not having built a lot of enthusiasm up for coming trip to Japan .  With the passing of my mother , and the exruciating pain my knee is giving me , and then travelling half way round the world with two bags and hobbling on a crutch , and once again being awol on my wedding anniversary , you may begain to understand how I felt .  Not even arriving at Hanneda airport seemed to lift my spirits ( this wasn't helped by the fact I was offered a lift in a buggy at the plane  ,trying to be  being a tough guy I flatly refused , then after walking for 15 mins to arrivals and someone saying blimey you should have took that lift mate , my mood wasn't getting any better ! )

I arrived at the show at 8.15 and to wait until 9am for it to open , i began chatting to an American who works at a koi farm in the Sates . Young guy full of enthusiasium , on his first trip to Japan , we went into the show together and we went up to the main vats , to see the prize winners , fair to say he was pretty impressed lol ! I had a quick look at the GC , stunning kohaku from Sakai , and was just about to start looking around , and saw the  friendly face of Bernie Woodlands . We chatted for about 20 mins , and as i turned around to look at the koi again ,  then bumped into Martin Simmonds , so then spent half an hour putting the koi trade to rights . After seeing a few more people from the uk and getting round the prize winners , before i knew it the smile was back on my face and i was in full Japan mode again ! I then spnt hours looking around at all the fantastic koi , joined by two colleges from Holland who stated they had driven up , and offered to give me a lift to the hotel , result ! £60 saved in train fairs , and the obstacle course of me and my luggage getting through Tokyo had been removed . It was a round a three hour dive back to Ojiya , and we chatted and laughed all the way back , the two guys even spoke in English for my benefit the whole journey so i wouldn't feel left it , thanks guys !

Ill leave you with some phone videos , i took at the show , The first one is one of my favourite , i love this koi , the pattern is wonder full , skin was good and , well ill let you watch the video . At the time i looked she had won nothing that i could see , but that doesn't detract from her beauty ( id she did win something i apologise ) 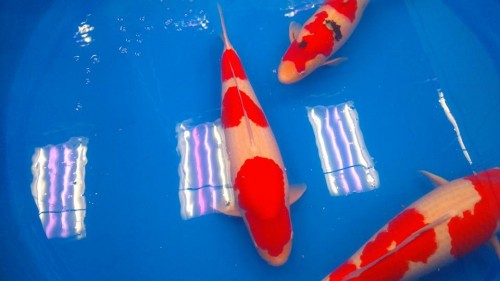 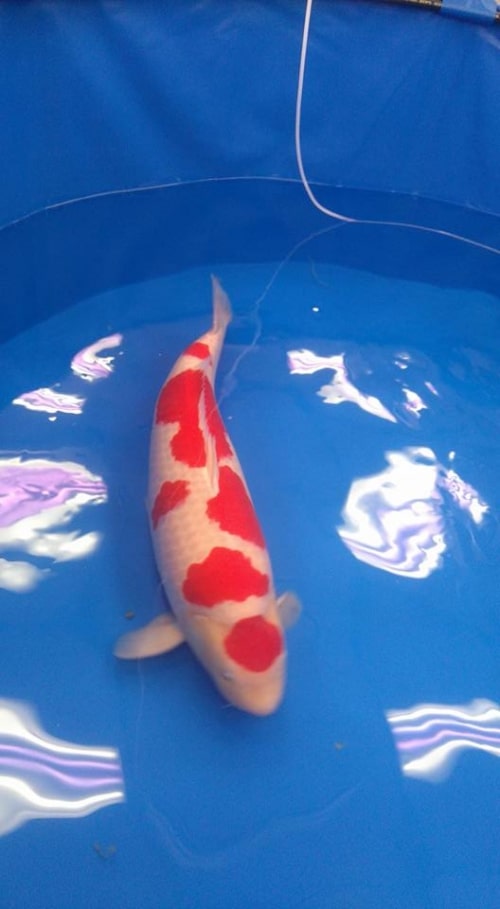